A Mom Blog for Millennial Parents

Today I woke up listening to this beautiful song from a neighbourhood and there couldn’t be a better start to this Independence day. I was instantly filled with the feelings of patriotism. I made my morning cup of tea while humming this song and sat by the window to enjoy it, taken over by the memories of my school days and how we would enjoy the Flag Hoisting and the sweets that followed.

I was brought back to reality with a loud “Bharat Mata ki Jai ” slogan by a large group of people carrying the National Flag and shouting out just that, “Bharat Mata KI Jai”. As I tuned up my slow and hushed ‘Jai’ with them in between my sips, I realized they were no women in the group. From little kiddos to grown-ups, ALL MEN! What happened to the patriotic women out there?

Why ofcourse! How could I be so stupid of even asking this question to myself? Don’t we women avoid large crowds here in India as much as we can (which is almost next to impossible though)? You don’t want to get rubbed off the wrong places and made to believe it was just an accident, don’t you? Or sometimes the pretence isn’t even required. Just a smirk and an ugly hand reaching out for you which you cannot even identify who does it belong to in the large pool of floating limbs.

Oh! Let’s just avoid the hassle and let the men enjoy the freedom out there on the roads with their flags and the slogans. Which again is not a lovely sight. I mean what is the matter with those paan spits all over the roads? Or the plastic cups in which you enjoy your cool drink after those shout outs and so carelessly throw away? What an irony! Celebrating and praying Mother India and littering her at the same time! And no it’s not just the men out spraying our walls and roads and being the great Indian litterbugs.

Women too are the equal partners in this crime. Hey, all those candy wrappers you throw  out of your car, or the pani puri plates that you don’t care to dump in its rightful place? Not cool! Thank God for the men who clean out your messes. Just imagine waking up to a new day with the garbage of the day goneby lying around you. Delhiites you know it better, right?

But I digress. We are supposed to celebrate our Independence day here and lets do that! 70 years ago India, after a lot of struggle got freedom from British Raj and we were happy to call ourselves an independent nation. As we were flutttering  around ever so proudly about our glory, we completely ignored the other things that we have been captives of. Freedom from Britishers was after all just one of the many things to achieve in the road of independence.

Be it  gender stereotypes, rape culture, poverty, corruption or even road litter, India is still ruled by these and far from being an independent country.

We live in a nation where people’s memory and feelings are very short lived. One day a man may be all out proving himself to be a good Indian citizen and the next you see him accused of molesting someone. Some people do not have enough food to eat but our country has crores to spend on building a statue in the arabian sea which ofcorse will be forgotten and left like thousand other statues for birds to shit on.

So you see, India has a long way to go to achieve true and total independence. Until then “Happy freedom from British Raj” to all of you. Let’s celebrate it locked up in our homes with our ‘Bharat mata ki jai’ murmurs and ofcorse cups of tea.

Let your friends know about this too!!

7 thoughts on “Does Freedom from British Raj make us an Independent Country?”

Share Your Comments! It keeps this blog going! Cancel reply 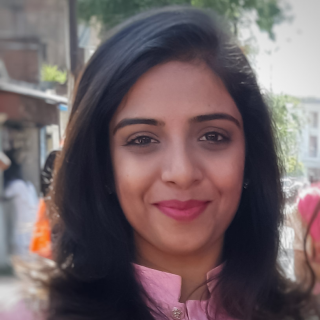 Hello, I am Sweety Pateliya aka Chinks ~ the mom behind this blog. Here you will find articles and posts on motherhood, gender neutral parenting and mom hacks on what worked for me while raising two little girls. So that you can make an informed decision in your parenting journey.